I’m mostly doing this to see whether I can just f**king ship something for a change.

(I’m not the best at seeing side-projects through to completion. I have lists and lists of personal projects that I either never finished, or didn’t even bother to start.)

But I’m also doing this because I realise that there is a huge gulf between enterprise Java middleware, where I’m reasonably comfortable, and the web development of the “real” world. And by “real” world, I mean the crazy unicorn-filled world of SaaS and mobile apps.

I want to bridge that gap and actually find out how people build webapps these days. And jeez, it’s not easy.

The state of affairs

I haven’t done web development since about 2008, when I was developing in ColdFusion. Yuk. (Although the tags were pretty)

A lot of my time was spent with this gem: 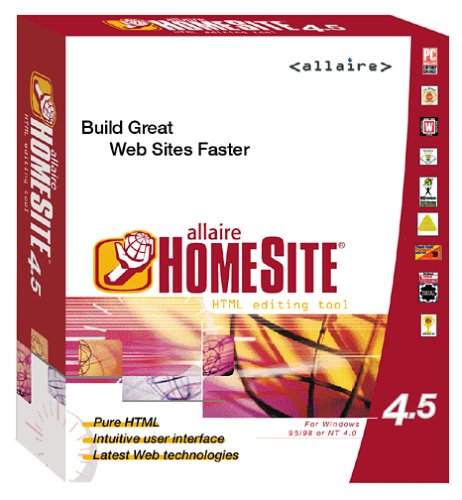 Actually ColdFusion wasn’t my first intro to web development. I used to build with PHP, but long since abandoned that. Too many hours spent sanitising the $_POST variable.

Frameworks for PHP came along later, but by that point I had moved onto ColdFusion. Later, I picked up Java again, where I’ve stayed since.

Since then, the following things have happened:

To make a start with Billform, I needed to choose a stack quickly.

I decided to make the most of what I already know. I didn’t want to waste hours learning a brand new language.

So, I went with PHP. Because I already know the language, and people still seem to use it.

But, I wanted to find something that would help me write ‘modern’ PHP, and especially to be able to stick to an MVC pattern.

So, I chose a framework. And that framework is Laravel: “the framework for web artisans”.

I chose Laravel because it is relatively mature, is still under active development, and has a lot of features I need, such as database abstraction, configuration management and routing.

It also has a huge user base. Just look at all these stars for laravel on GitHub:

To get started, I gorged on content from Jeffrey Way’s excellent Laracasts and thanks to the posts of Adam Wathan I decided to take a Test-Driven Development approach to build.

Now, I’ve got test cases implemented and passing, and I’m easing comfortably into a development workflow.

All of these advances in PHP development have made sense to me, because they are the same concepts I already know from the Java world (Hibernate for database abstraction, JUnit for testing, and so on.)

Where I’m having a really hard time is in catching up with front-end development.

My first blocker in this respect is understanding Node and the sprawling ecosystem that has grown up around it.

Node and its pal npm now seem to own the front-end development process.

Let’s take an example. I decided to use a CSS framework called Bulma for Billform.

To install Bulma, I’m encouraged to use npm to install it as a dependency:

Meanwhile, in the documentation for Laravel, I’m encouraged to use Laravel Mix to start compiling my assets.

I’d like to be able to tweak and override the Bulma CSS. And I also want to adopt the tools recommended for the Laravel framework. So I think that using an asset pipeline like Laravel Mix is what I need to do. And therefore I also need to understand npm. But jeez it’s quite complicated.

For example, this is the error that prompted me to take a break and write this blog post: 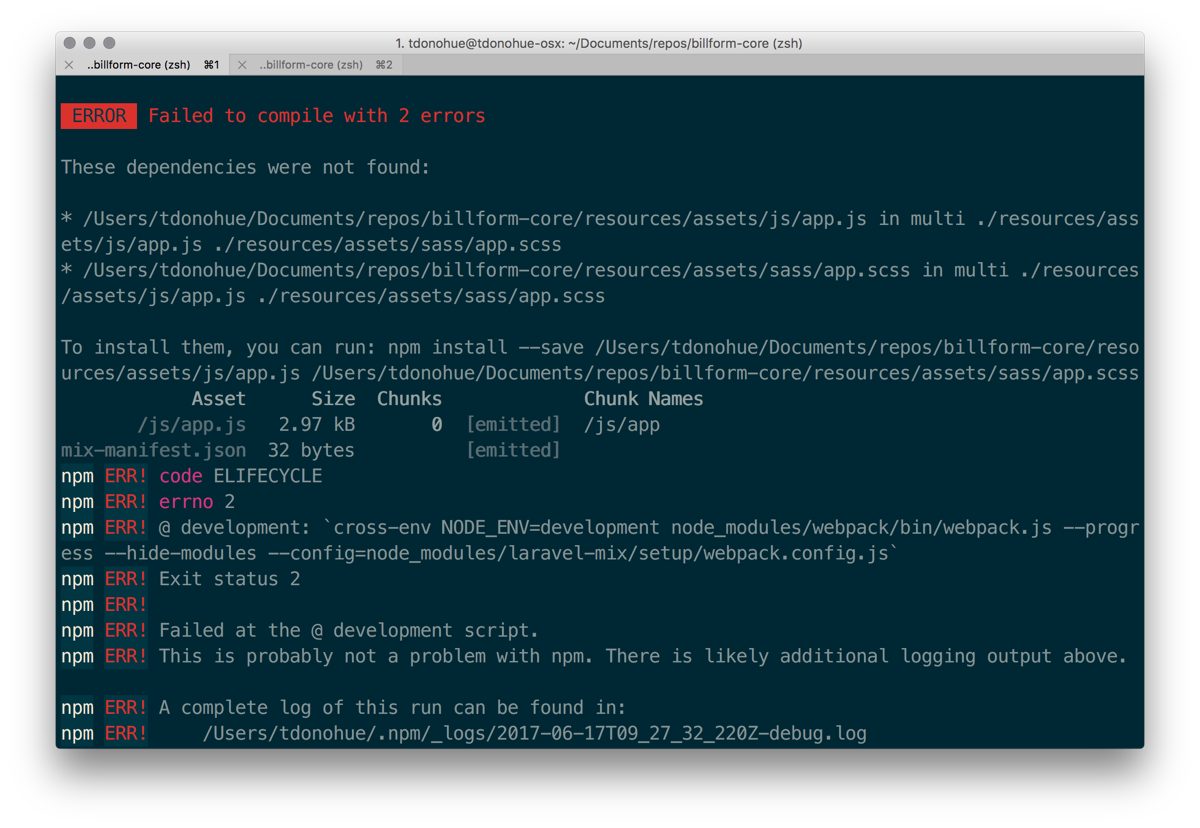 (For the record, I’m still trying to decipher this one, because those dependencies that are “not found”, actually do exist on my hard disk. So what’s the issue here?)

So far in just getting started, I’ve been encouraged to reinstall everything using rm -rf node_modules && npm install. This took about 30 minutes and made my moderate-spec laptop almost melt.

I can’t think what it was doing that could have been so complicated.

Then I thought I might need to upgrade node. This was my introduction to the Node version numbering scheme. I was running node 0.10.4. The versions seem to have been 0.10.x, then 0.12.x, then… 4.x? Then 8.x was released, after only one year! This makes Firefox’s version numbering seem normal.

And so now npm tells me it can’t find a dependency that I’m sure exists.

At the same time, Laravel Mix tells me that it can’t find ‘babel-loader’, whatever that is.

Here’s the list of packages that npm says are installed in my project (that’s a fairly simple Laravel project, using Laravel Mix and Bulma):

7,052 packages. That is absolutely insane.

Is web development really this hard?

So far, I’m finding that I’m still more comfortable with back-end work. No surprise there. :)

Very similar tools and processes are being followed. Familiar approaches to software development. Architectural patterns I know. I feel at home.

By contrast, dipping my toe in the front-end is proving to be a huge learning curve for me. Even something as simple as including a CSS framework is proving very challenging. And this is even before I’ve written a single line of JavaScript.

I love learning new stuff, and that’s one of the things that keeps me in IT.

But man, Y U make thing so complicated?